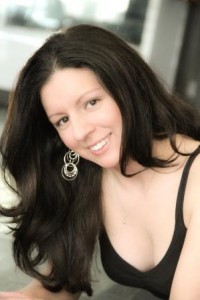 Gina Miranda (Ingoglia) has over 24 years of dance training and has been a dance educator for over 10 years.  Her training began at a neighborhood studio in Chicago.  It was there that dance became her passion.  Gina continued her training at the Lou Conte Dance Studio, home of Hubbard Street Dance Chicago.  During her first year of teaching she realized how much she enjoys working with and inspiring young dancers and shifted her focus to teaching.  The positive enthusiastic atmosphere she creates in her classroom allows all of her students to feel encouraged and free when attempting something new.  In 2002, Gina earned her BA in Marketing from Lewis University.

She joined the business world and continued teaching dance part time.  She always said that one day she would have her own studio, and that dream was realized in July 2006, when Turning Pointe Dance Company opened and dance became her full time career.  At TPDC, Gina’s focus is the Progressive and Competitive Divisions.  She has built very strong Junior and Senior Companies that have received many accolades in a very short time.  Gina continues to attend various workshops to hone her skills and teaching techniques.  She has had the pleasure to train with and be inspired by Jimmy Payne Jr., Lane Alexander, Malaya, Adam Parson & Christina Woodward to name a few.  In the future Gina hopes to continue motivating young dancers to reach their goals both inside and outside of the studio. 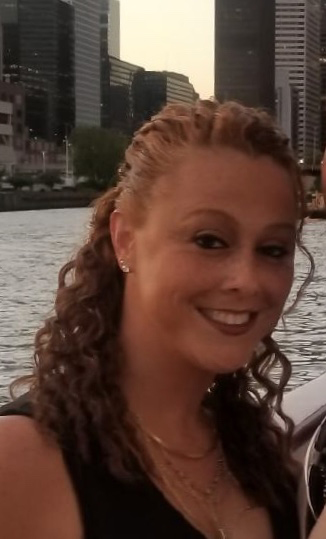 Deartra Cappos began dancing at a neighborhood studio on Chicago’s south side.  She has over 10 years of teaching experience under her belt and her main focus on ages 18 months to 8 year olds.  For several years she studied at Lou Conte Dance Studio home of Hubbard Street Dance Chicago.  Over the years, she has attended numerous dance conventions to advance her knowledge of instructing young children.  In 2004, she received her Bachelors in Kinesilogy with certification in Early Childhood Development and K-12 Physical Education from the University of Illinois.   Opening a dance studio of her own was a dream she has had since she was young, and that dream became a reality in July of 2006. In October 2011 TPDC expanded to a beautiful 10,000sqft facility, giving Deartra the ability to expand her Early Education Program.

Deartra’s degree has given her the knowledge to develop and lead TPDC’s Early Childhood and Transitional divisions.  Deartra is the primary instructor for children ages 18 months to 8 years old.  She loves to wake the creativity in young dancers.  She believes that when a child is introduced to dance at a young age it helps build coordination and strengthen memory.  It also introduces children to a classroom setting and teaches them how to interact with children their own age.  Deartra strives to bring new teaching techniques that constantly bring out the best in each child. She strives to teach even the youngest dancers terminology, technique but most importantly stage presence and confidence.  Deartra has seen how young dancers grow and blossom after starting thier dance education at an early age, and she welcomes parents of little ones to come out and try her class to see first hand the level of dance and patience she provides. Her career is her life and her life would be nothing with out dance. 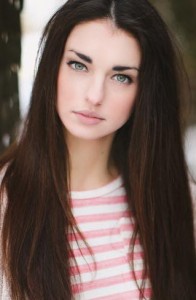 Talia began dancing at the age of 11 and was a part of the Turning Pointe Dance family from the start. She was on the competitive dance team for three years when she realized that she wanted to focus on her technique more than anything. While taking all of the technique classes required for full company members, Talia started teacher assisting with a few of the teachers. She realized how much she loved the teaching aspect of dance and was then asked to be a teacher for Turning Pointe Dance Company when she graduated from high school. Since then, Talia has grown to love teaching and working with a variety of ages. She thoroughly enjoys being able to work with The Ignite Performance Company in hopes of helping them achieve their dreams. Talia hopes for only the best as she moves forth with the studio.